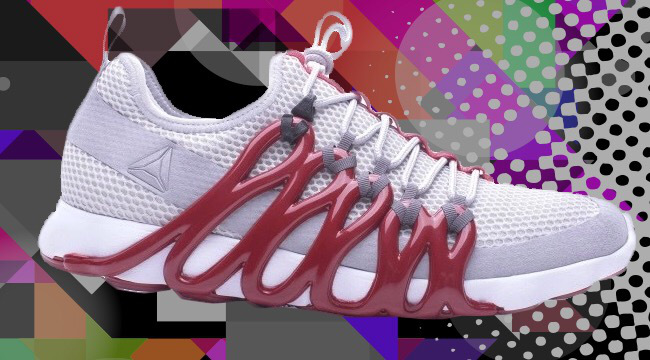 3D printing pushes the boundaries of our imagination on a regular basis. From the ability to print prosthetic limbs to the giant machines printing actual buildings to the possibility of printing human tissue to replace organs in transplants, the variety of uses for the tech prove again and again that we’re living in a fascinating time. We’re on the frontier, watching as 3D tech evolves into a crucial facet of any number of fields. Innovators all over the world are exploring its limits. And the sneaker world is no exception.

Shoe companies are in a mad race to come up with the most innovative designs, employing cutting-edge technology in their products. Giants like Reebok with its Liquid Factory process or Adidas with its Futurecraft 4D sneakers are announcing new versions of their tech and products all the time. Sneaker designers — large and small — are working behind the scenes to make development faster, the style more innovative, and the shape and materials more useful to athletes and hobbyists alike. Over the past few years, the tech has gotten better exponentially, and rapidly, it’s becoming clear that we’re entering a brave new world of kicks. One built on a 3D platform.

With a speedier design process, unique customization opportunities, and far less waste in manufacturing, 3D printing feels like the inevitable revolution of sneakers. And because that intersection of two of our favorite things — sneakers and innovative technology — has got us hyped, we talked to a couple of experts, Bill McInnis, Head of Reebok Future and Matt Powell, a leading sneaker industry expert from footwear consulting firm NPD, to find out all the ways that 3D printing is leading to a creative explosion and a new sneaker renaissance. Here’s what they keyed us in on:

Research and development are much faster — opening up new, exciting possibilities in the design process. “3D printing takes many steps out of the R&D and prototyping processes, which will allow products to market faster,” Matt Powell says, “Speed to market is the most game-changing aspect to 3D printing”

Sneaker designers can design in 3D right away — going right from concept to 3D component — rather than having to go through the lengthy process of creating a mold. Taking that very expensive step of making a metal mold out of the undertaking makes it a much more seamless process.

The new technology will soon lead to the mass production of bespoke shoes, and it is going to change what we think of as the traditional sneaker. Reebok’s Liquid Factory is doing some incredibly exciting work in the 3D world. It’s set to usher in a new era of mass production as, up until recently, 3D printing could be costly and was still in the beginning stages. Reebok has been developing the technology for 20 years, but only unveiled their liquid tech a couple of years ago. Aspects like their signature liquid lace system make the shoes look different from any sneaker we’ve ever seen.

“The Liquid Lace system is a way to draw a stretch fit system right onto a shoe,” Bill McInnis says, “It’s a brand new way to replace lacing systems but it’s actually just one facet of the Liquid Factory process.”

But even more exciting, he tells us, is how fast the new tech will allow Reebok to get shoes to the shelves. What used to be an 18-month design and manufacturing process will ultimately take only days. It’s dramatically faster than other current technology, he says. And it’s making 3D sneakers a possibility for the masses….and soon.

“Regular 3D printing is great for making one thing — a prototype — but still pretty terrible at making thousands of one thing,” he says. “With Liquid Factory, you can do both really well. The “Liquid” part of Liquid Factory is a BASF high rebound polyurethane liquid foam so we know it works great for athletic footwear. We program our Liquid Factory machines to draw in three dimensions using this Liquid Foam. So, we’re essentially teaching an industrial robot to act like a 3D printer only much faster, much less expensive and using a material that’s perfect for athletic footwear.”

3D printing will lead to new looks and — with a significantly faster concept to prototype time — there will be more chances to be creative and take style risks. “Putting three-dimensional models in designers’ hands as quickly as possible allows them to see and feel their designs the way they’ll look and feel on the shelf,” McInnis says. “It has sped up the design and development of footwear dramatically.”

The new technology changes what’s possible. A shoe can look different when laces don’t have to be incorporated like in Reebok’s liquid line or when made with a 3D printed material like Nike’s Flyprint.

“It’s giving designers a new palette to work from,” McInnis continues. “Shoes will look, feel and perform differently because they’re made differently.”

Plus, in the future, McInnis predicts we’ll see sneakerheads and hypebeasts having the opportunity to add their own design flares to the process. This — in conjunction with the ease and quickness of the design process — could lead to a more fluid and symbiotic relationship between consumers and designers. Risks will cost less both monetarily and in time, and taking far-out chances with design will be easier than ever in the sneaker industry. This will lead to cool new styles that never would have been greenlit in the old guard of shoe manufacturing.

“I think the more you open up the creation process to people,” he says, “the more their creations will drive sneaker culture. I know our designers can’t wait to work with it.”

The ability to customize athletic shoes and troubleshoot quickly will lead to athletes upping their game, breaking more records, and getting exactly what they need to be their best selves. In April of this year, Kenyan runner Eliud Kipchoge won the London Marathon wearing Nike’s new foray into 3D printing, shoes made with Flyprint. Flyprint is a 3D printed textile made with solid deposit modeling. It was created after Nike and Kipchoge attempted to break the two-hour marathon mark last year. Kipchoge did run the fastest marathon time ever, but even so, the two-hour barrier stayed impenetrable. Kipchoge came in 25 seconds too late.

In chasing this mark, the company and runner realized that his shoes were retaining moisture which was slowing him down. So Nike came up with Flyprint as a possible solution. Flyprint is 11 grams lighter than normal material and forces water to evaporate rather than collect on the shoe. And Nike is sure it will lead to a runner finally running an under-two-hour marathon. In fact, more intuitive shoes from 3D printing could lead to tons of records being broken. Shoes that form to an athlete’s feet, that can be redesigned and tweaked nearly instantaneously, are an exciting possibility in sports. Something that most sneaker companies are taking seriously in their designs.

“(We can) really dial in cushioning and fit so that it’s optimized for every activity and athlete,” McInnis explains of Reebok’s Liquid Factory. “We’re obsessively focused on our fitness athletes’ performance needs and believe we exist to help every athlete perform better, from beginner to record-setter.”

With prototypes being able to be pumped out months and months earlier than before, athletes will be able to change their shoes based on weather conditions and specific events and courses (while still having a shoe that perfectly fits their feet and needs). It could lead to a lot record shattering.

3D printing causes less waste and will lead to a far greener industry. “There is less waste with this process because you don’t throw anything away with (3D printing in) Liquid Factory,” Mcinnis says. “There’s no extra material to trim away like you do when you’re using molds.”

Along with having less waste in the manufacturing process (Theoretically zero waste because unlike traditional manufacturing which requires raw materials to be cut down and extra pieces discarded, 3D printing uses only what is needed.), they hope to cut down on transportation. The 3D process allows more flexibility in the spaces where shoes can be made, so they can be put anywhere rather than have to live in giant factories.

Already, shoe companies are working on tech that will scan feet to create a custom rendering of a sneaker that will exactly fit the customer’s specifications, and a few stores have begun offering such a service. In the future, 3D sneaker printing may get so quick that you could walk into a store, get a quick foot scan, and walk out with your perfect shoes the same day.

The sky is the limit when it comes to possibilities for sneakers with 3D printing. “We’re really just scratching the surface with what we can do with Liquid Factory,” McInnis says. “It opens up brand new opportunities in performance, aesthetics, and customization.”

And as the race to make more innovative technologies in 3D printing continues, incredibly cool shoes are hitting the market. Like the Adidas Futurecraft 4D whose technology makes the plastic parts of the sneakers out of resin which eliminates the wasteful process of injection molding. The shoes hit the market in limited quantities in January and sold out.

It’s clear that 3D printing in sneakers is here to stay and the technology represents a shift that will birth new creativity and exciting changes to the industry that will buck the status quo.

“Athletic footwear has been made pretty much the same way for the last thirty years,” McInnis says. “The industry is waking up now to a wide range of new processes and partners and new ways to create. I think innovation in footwear is accelerating rapidly and we’re going to see some fantastic new product concepts spring from these new ways to create product.” 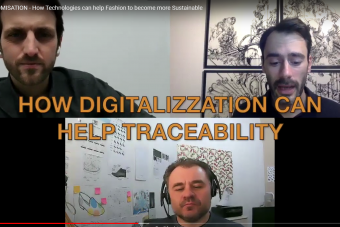 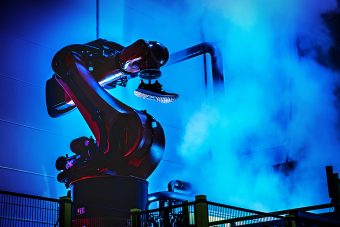 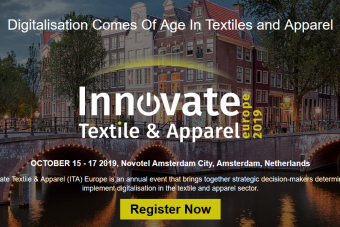 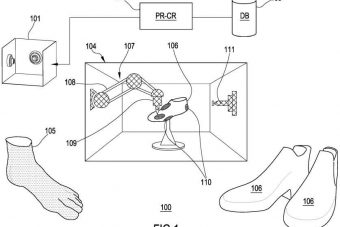