What are the Jobs of the Future? Hint: User Interface (UI) experts/ User Experience (UX) designers 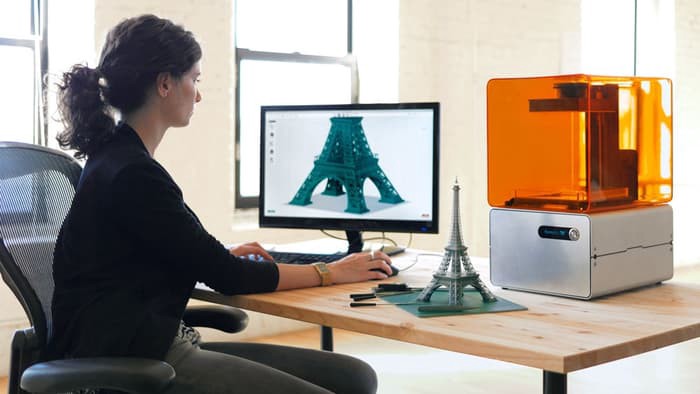 What are the Jobs of the Future?

Despite predictions to the contrary, there will be plenty of jobs in the future — just not in traditional sectors.

In June 1894, President Grover Cleveland declared the first Monday of each September be marked as a day to recognize and honor workers and unions, and “Labor Day” was made into an federal holiday.

With advances in robotics, automation and outsourcing, what is the future of labor and what jobs will be created over the next 10–15 years?

Celebrating the Labor Day holiday with childhood friends on the beach in Sag Harbor, a seaside village in the heart of the Hamptons, I was reminded of the professional classes that founded this community of affluent families, and how technology is poised to radically change the landscape of work and prospects for many.

Growing up, I recall families encouraging children to seek “safe” employment as doctors, lawyers, bankers or builders. Now computing, artificial intelligence and automation are advancing so rapidly that many jobs will disappear forever. Jobs like drivers, delivery services, bank tellers, cashiers, cooks, receptionists are immediately at risk. As Elon Musk and Mark Zuckerberg have noted, within the next decade even middle class jobs as doctors and lawyers will soon be replaced by artificial intelligence, or AI.

Automation has helped companies save money by reducing overhead and increasing efficiency. Unfortunately cost savings do not necessarily lead to further expansion or job creation. A study by Ball State University Center for Business and Economic Research (CBER) found that the US lost about 5.6m manufacturing jobs between 2000 and 2010 and that 85 per cent of these jobs losses are actually attributable to technological change — largely automation.

“The next wave of economic dislocation won’t come from overseas…It will come from the relentless pace of automation that makes many good, middle-class jobs obsolete.” – President Barack Obama, January 2017

The Economic Policy Institute graphic, below shows that thirty years from 1970–2000, manufacturing jobs hovered in 17 million mark, but fell off sharply following the recession in 2000.

Despite the fact that manufacturing jobs in the U.S. increased between 1994 (the year NAFTA went into effect) and 2000, The Bureau of Labor Statistics confirms the U.S. lost over 5 million jobs the following decade.

In a study published in March, 2017 PriceWaterhouseCoopers suggests that 40 percent of jobs in the United States could potentially be replaced by automation in the next fifteen years. From automated checkout counters, online bots, and crowd-sourcing customer support, companies will continue to find ways to reduce headcount, making many fearful of a future in which jobs will be scarce.

But the outlook is not necessarily so dire.

So Where Will the New Jobs Come From?

As AI evolves people will be needed to create businesses that support, maintain and secure the new systems, content and services. Rapid expansion should be expected in areas that develop and maintain personal and corporate online presence and interfaces, new platforms and content.

In a future where nearly everything we do will be in the public domain — every exchange, request or interest will expressed online, via a platform — the jobs will be in those areas. And you don’t necessarily have to be a techie to work in these fields. You just need to understand how these roles interconnect and help businesses adapt to evolving technologies and platforms.

The Good News ? The Future is Creative.

Some of the top roles will be in experience designers — User Interface (UI) experts who understand how users will get around in a 3D internet and marketers to help firms create a presence across a multi-dimensional web. User Experience (UX) designers will be needed to help customers interact navigate the new web online and via digital personal assistants. The way we access information is changing, too. As platforms and interfaces evolve (e.g. Siri, Bixby), a host of trainers and relationship managers will be needed to oversee and service accounts; developers will be needed to maintain them. 3-D print shops will be needed for a broad range of goods, from product prototypes to prosthetics. Cyber security will always be in high demand as more of our lives are put in the public domain. And VR and experience arcades will blossom across the country.

Artists and creatives will be needed to do those things that computers cannot: dream up and design new products, streamline user interfaces, create exciting 3D experiences, augmented reality and virtual worlds and services. Finally, we will also have a surging demand for a broad range of entertainers to cater to every imaginable human interest, hobby or fetish, as media is further untethered from content providers.

And that’s just the beginning. As few as 15 years ago, we had no idea how the mobile phone would revolutionize the provision of goods and services from Uber, Insta, Pandora and Tinder — so it’s hard to predict how a 3D internet with augmented and virtual reality and AI will influence our futures. But as human ingenuity is unlimited, there is no doubt your options will be, too.