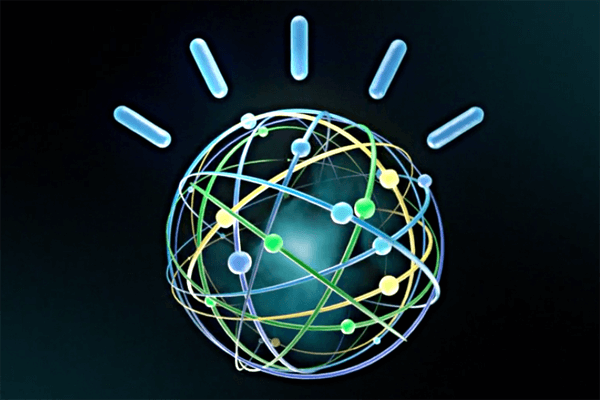 The supercomputer is good at more than just quizzes

Watson, IBM’s supercomputer, is most well known for beating two quizmasters on popular quiz show Jeopardy! in 2011. The impressive artificially intelligent software was developed to advance machine learning capabilities, including natural language processing, reasoning and knowledge retrieval. Watson can access information from an endless list of sources, from literature to databases. As AI continues to attract investment and R&D, it will impact our lives in so many ways. It’s not surprising, then, that Watson has rather expanded its repertoire since its Jeopardy! days. Here are five amazing things that the supercomputer can do.

Watson’s very first commercial application was in the healthcare industry. In 2013, the software was put to task at Memorial Sloan Kettering Cancer Center in New York, making clinical decisions about lung cancer diagnosis and treatments. IBM Watson Health (or Doctor Watson, perhaps?) is currently used in the discovery of new drugs, patient engagement, oncology and genomics. But Watson isn’t just good at knowing how to respond to certain illnesses. IBM claims that the system’s ability to gather and apply masses of information from an exhaustive list of sources means that in some cases it can outperform human medical professionals. In 2013, Watson could already search through 1.5 million patient records as well as thousands of other pieces of medical evidence at a rate of 800 million pages per second. Very Impressive.

As well as providing invaluable medical advice, Watson is also a crime-fighting vigilante. Forget the tights and cape, though – the supercomputer is battling against the digital epidemic that is cybercrime. According to an IBM report, the average organisation deals with over 200,000 pieces of security information a day. Cybersecurity teams sift through data, applying it to infrastructure and computer systems to work out if the business is at risk of cyberattack. Considering the sheer volume of data, this is a very time consuming task. That’s where Watson comes in. Unlike human security researchers, the advanced software can draw on knowledge of 75,000 known software vulnerabilities, plus endless security papers which are published continually. This doesn’t mean that human research teams will become obsolete. By 2020, there will be approximately 1.5 million cybersecurity jobs to fill.

Unfortunately, Watson can’t actually cook your dinner. But it can teach you how to do it yourself by coming up with step-by-step recipes based on your own dietary requirements and favourite ingredients. The Chef Watson app was created by IBM and Bon Appetit to personalise meal suggestions. Watson learnt about methods, terminology and different food items by analysing over 9,000 Bon Appetit recipes. Teamed with existing knowledge about human taste preferences, the app creates its own original recipes. Users shouldn’t just follow recipes blindly, though. Chef Watson’s suggestions aren’t always sound – one recipe for punch, for instance, included whole nuts. You might not want to try that one out, but 65 of Watson’s best weird and wonderful creations have been turned into a cookbook. That’s right – as well as becoming a helpful sous chef, Watson has co-written a book.

By collecting, ordering and digesting data, AI is very useful when it comes to persuading people to part with their money. Various Watson APIs geared towards marketing have been created using the IBM Watson Developer Cloud. The North Face, for instance, uses a Watson-based Expert Personal Shopper (XPS) app to attend to customers in store. The user interface suggests relevant products using natural language processing and data analysis, helping the customer to make the right purchase. Watson’s ability to analyse unstructured data like social media posts and images gives a close insight into the consumer market, which is exactly what marketers need.

Alongside AI, autonomous vehicles are attracting serious attention. Automakers and tech companies are teaming up to create in-car systems that offer services based on passenger preferences whilst ensuring that the vehicle is aware of its surroundings and therefore safe. Late last year, Watson partnered with General Motors to develop OnStar Go, the first cognitive mobility service. OnStar Go uses machine learning from Watson to improve the vehicle’s automated interactions, both with the environment and those inside the car. For example, OnStar Go can recognise when the car is low on fuel, locate a petrol station and then send a payment. The system will be rolled out in GM vehicles by the end of the year .

IBM’s supercomputer has given us a taste of what is to come in the Artificial Intelligence revolution. Watson alone can identify and suggest treatments for life-threatening illnesses, defend against cybercrime, help you cook your dinner, persuade consumers to buy things and enable autonomous vehicles. . . and it’s pretty good at trivia, too.

As Artificial Intelligence continues to dominate investment and R&D, the list will go on and on. The question is, what will happen to Watson now that cartels and monopolies are disrupting the AI scene? With so many influential tech firms vying to create the best artificially intelligent platforms, perhaps Watson’s next big task will be helping IBM to establish itself as a (or indeed the) leading provider of AI.