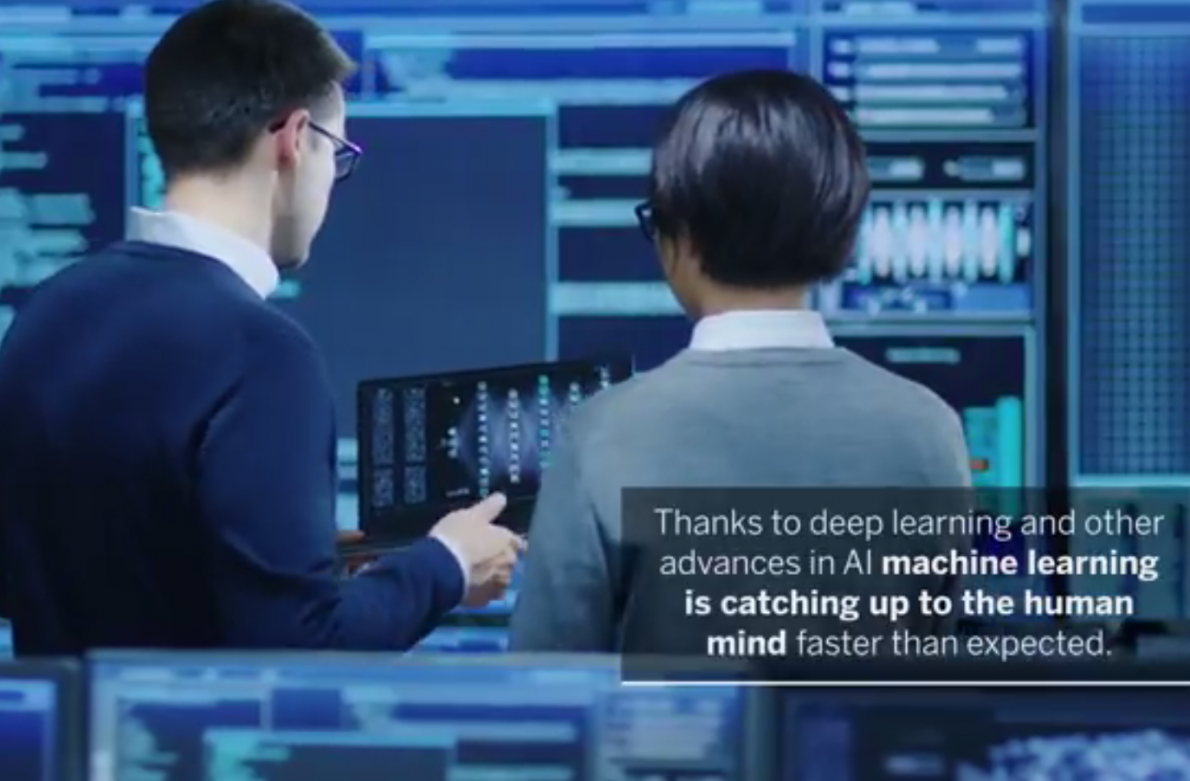 As artificial intelligence becomes more sophisticated and its ability to perform human tasks accelerates exponentially, we’re finally seeing some attempts to wrestle with what that means, not just for business, but for humanity as a whole.

From the first stone ax to the printing press to the latest ERP solution, technology that reduces or even eliminates physical and mental effort is as old as the human race itself. However, that doesn’t make each step forward any less uncomfortable for the people whose work is directly affected – and the rise of AI is qualitatively different from past developments.

Until now, we developed technology to handle specific routine tasks. A human needed to break down complex processes into their component tasks, determine how to automate each of those tasks, and finally create and refine the automation process. AI is different. Because AI can evaluate, select, act, and learn from its actions, it can be independent and self-sustaining.

AI is brilliant at automating routine knowledge work and generating new insights from existing data. What it can’t do is deduce the existence, or even the possibility, of information it isn’t already aware of. It can’t imagine radical new products and business models. Or ask previously unconceptualized questions. Or envision unimagined opportunities and achievements. AI doesn’t even have common sense! As theoretical physicist Michio Kaku says, a robot doesn’t know that water is wet or that strings can pull but not push. Nor can robots engage in what Kaku calls “intellectual capitalism” – activities that involve creativity, imagination, leadership, analysis, humor, and original thought.

At the moment, though, we don’t generally value these so-called “soft skills” enough to prioritize them. We expect people to develop their competency in emotional intelligence, cross-cultural awareness, curiosity, critical thinking, and persistence organically, as if these skills simply emerge on their own given enough time. But there’s nothing soft about these skills, and we can’t afford to leave them to chance.

Lessons in being human

To stay ahead of AI in an increasingly automated world, we need to start cultivating our most human abilities on a societal level – and to do so not just as soon as possible, but as early as possible.

Singularity University chairman Peter Diamandis, for example, advocates revamping the elementary school curriculum to nurture the critical skills of passion, curiosity, imagination, critical thinking, and persistence. He envisions a curriculum that, among other things, teaches kids to communicate, ask questions, solve problems with creativity, empathy, and ethics, and accept failure as an opportunity to try again. These concepts aren’t necessarily new – Waldorf and Montessori schools have been encouraging similar approaches for decades – but increasing automation and digitization make them newly relevant and urgent.

The Mastery Transcript Consortium is approaching the same problem from the opposite side, by starting with outcomes. This organization is pushing to redesign the secondary school transcript to better reflect whether and how high school students are acquiring the necessary combination of creative, critical, and analytical abilities. By measuring student achievement in a more nuanced way than through letter grades and test scores, the consortium’s approach would inherently require schools to reverse-engineer their curricula to emphasize those abilities.

Most critically, this isn’t simply a concern of high-tuition private schools and “good school districts” intended to create tomorrow’s executives and high-level knowledge workers. One critical aspect of the challenge we face is the assumption that the vast majority of people are inevitably destined for lives that don’t require creativity or critical thinking – that either they will somehow be able to thrive anyway or their inability to thrive isn’t a cause for concern. In the era of AI, no one will be able to thrive without these abilities, which means that everyone will need help acquiring them. For humanitarian, political, and economic reasons, we cannot just write off a large percentage of the population as disposable.

In the end, anything an AI does has to fit into a human-centered value system that takes our unique human abilities into account. Why would we want to give up our humanity in favor of letting machines determine whether or not an action or idea is valuable? Instead, while we let artificial intelligence get better at being what it is, we need to get better at being human. That’s how we’ll keep coming up with groundbreaking new ideas like jazz music, graphic novels, self-driving cars, blockchain, machine learning – and AI itself.