It looks a rather old question answered by many symbolic AI- smart people, as P. Norvig, most viewed and upvoted.

What he missed to say: Symbolic AI was intended to produce general, human-like intelligence in a machine, traded as strong AI or artificial general intelligence, whereas most statistical learning/ML/DL research is directed at specific tasks, from chess playing to image recognition.

Its formal conceptual base is the physical symbol system hypothesis (PSSH), where AI is to take physical patterns (symbols), combining them into structures (expressions) and manipulating them (using processes) to produce new expressions.

Or, “a physical symbol system has the necessary and sufficient means for general intelligent action.” Allen Newell and Herbert A. Simon.

The PSSH was a new version of old philosophical ideas that all experience is described by formal rules, reasoning was “nothing more than reckoning or computation”, there is possible to create a logical calculus of all human ideas.

To become really Deep AI, “Deep learning” systems are in need to include deep causal understanding and symbolic reasoning, and not just as iterative formal logical manipulation of symbolic information at the highest computing speed.

Broadly, Deep AI embraces understanding and interacting the world by means of abstractions and conception, symbols and models, cognition, learning and thinking, intelligent decision and acting.

And what is most critical, real AI is not about some mathematical and statistical, logical or cognitive models of human intelligence, based on the cybernetic theory that the AI of the computer’s “brain” parallels the mechanism of human intellect.

Real AI is not about general models of the world being represented by interacting machine, while underpinning mathematical and statistical, logical or cognitive models of intelligent processes, based on the assumptions that the AI of the computer’s “brain” is not after imitating the mechanism of human intellect.

And such an integrated approach is to be followed by INDEPENDENT HIGH-LEVEL EXPERT GROUP ON ARTIFICIAL INTELLIGENCE SET UP BY THE EUROPEAN COMMISSION.

They are looking for “a learning rational system is a rational system that, after taking an action, evaluates the new state of the environment (through perception) to determine how successful its action was, and then adapts its reasoning rules and decision making methods”.

And AI is broadly defined as including “machine learning (of which deep learning and reinforcement learning are specific examples), machine reasoning (which includes planning, scheduling, knowledge representation and reasoning, search, and optimization), and robotics (which includes control, perception, sensors and actuators, as well as the integration of all other techniques into cyber-physical systems).” 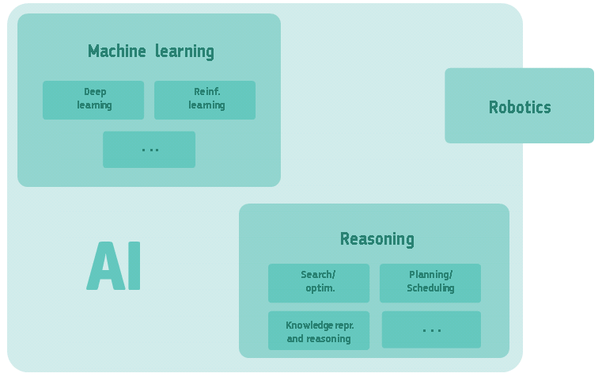 Figure 1: A simplified overview of AI’s sub-disciplines and their relationship.

Both machine learning and reasoning include many other techniques, and robotics includes techniques that are outside AI. The whole of AI falls within the computer science discipline.

“Whoever Creates Real Artificial Intelligence Will Rule the World”

Kiryl Persianov’s answer to What are the major types of artificial intelligence?

Kiryl Persianov’s answer to How does Google aim to dominate artificial intelligence?

Kiryl Persianov’s answer to What are some popular misconceptions to the general public about AI?

Kiryl Persianov’s answer to Why is Google so ahead in AI?